Allahabad, in India, Maha Kumbh Mela is the most important indian Hindu religious festival. Also the biggest mass event of the history of humanity.
Indian myths say that in the struggle between the gods and the demons for the possession of an amphora filled with nectar of immortality, the kumbh, four drops of the divine liquid fell, millennia ago, on the Earth. Thus giving rise to the indian sacred cities of Ujjain, Haridwar, Nasik and Prayag, today known as Allahabad.

Every three years, for centuries, in one of these cities, the Kumbh Mela takes place, which reaches Allahabad only every twelve. Here, in the magical confluence of the waters known as Sangam, the sacred rivers Ganges and Yamuna join up with the mysterious Saraswati, an underground and invisible stream.

Bathing in the Ganges during the Kumbh Mela means, for believers, to interrupt samsara, reincarnation, the continuous cycle of life, death and rebirth for thirteen generations, thus re-entering Brahman, the Great One, the Ultimate Reality that includes everything and welcomes. An occasion perhaps unique in life, this, to which no Hindu intends to renounce. At any cost…

As a spaceship, the Kumbh Mela crossed the human history, travelling for millennia, arriving today identical to its inception. Almost one hundred thousands pilgrims, ascetic and holy men, arrived for the Maha Kumbh Mela of Allahabad in the city of Uttar Pradesh, from the end of January to the first days of March 2013.

Enormous colorful pavilions, music and sermons by holy men named baba at a deafening crescendo, elephants, fakirs, and on the river’s shore, a camp of over six hundred thousand tents set up by the military forces.

The Kumbh Mela is an experience of incredible visual and evocative force, which brings us back to the millennial Asian scent. But also an exciting and spectacular mix of tradition, history and geography. 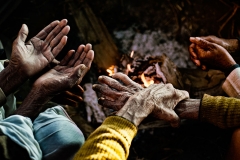 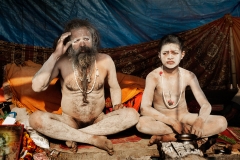 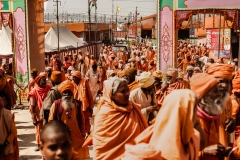 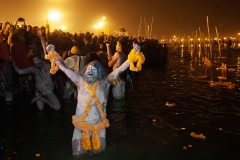 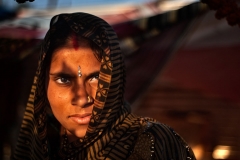 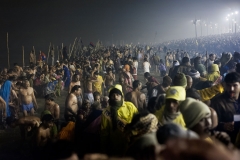 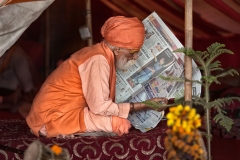