The landfill in Tirana, the capital of Albania, is situated in the district of Sharra. Just seven kilometers away from the city center, Sharra covers an area of about five hectares. It is considered a real “hot spot” because of the highly polluted air, due to fires that burn uninterruptedly and the stench of garbage that floods the nearby neighborhoods. Eight-Nine tons of waste arrive on a daily basis, transported by trucks owned by the municipality or private companies. Other trucks are due to withdraw the recovered materials, especially plastic, metal and paper.
A desperate Roma community lives near the landfill. About a hundred of them, mostly children and women, work in collecting and sorting the waste.

Their working day starts at four in the morning and last until two in the morning of the following day. Such activity, their, is done in often terrible conditions safety wise, due to their operating without any form of protection. Equally dramatic is the situation regarding the contamination due to the constant manipulation of more or less toxic waste.

Worsened by the difficult socioeconomic conditions in which these people live, are specifically the effects on the quantity and quality of their food. And that, in fact, makes it almost impossible for them to access health services and particularly those of disease prevention.

In the village by the landfill, some of them live in dilapidated hovels with no running water, with a small bar nearby, which is, for those who can afford it, the only meeting point of the community. And an old billiard inside a barrack, the only leisure activity. At night, fires of toxic fumes, lit among piles of garbage, illuminate their homes in a sinister parody of a modern “ecological island” for waste management. 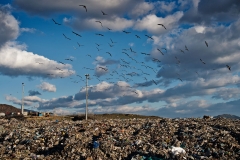 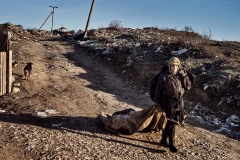 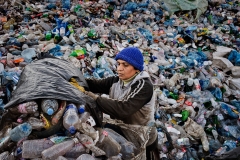 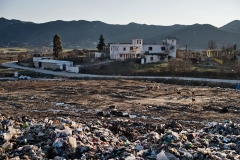 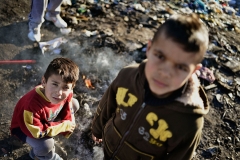 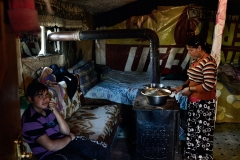 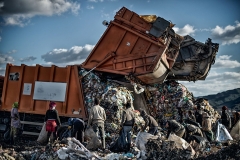 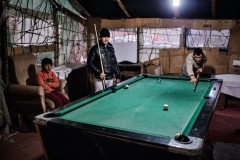 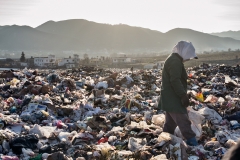 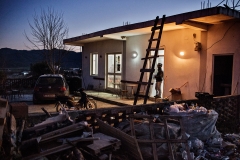 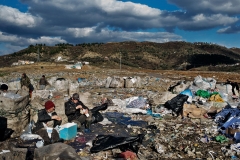 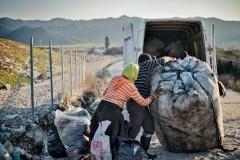 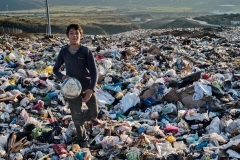 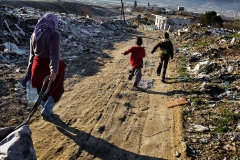 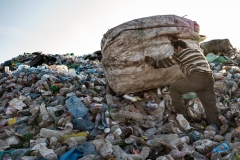 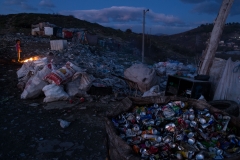